Working Together for Community Safety

The Montgomery County Sheriff’s Office mans a substation at the Westwood Village Shopping Center within the District. WMPID played a critical role in the establishment of the substation and helps to fund the cost of Sheriff’s Deputies and their vehicles.

MCSO in the District

The District Two Patrol area surrounds District Six, (The Woodlands Township).  District Two borders Harris County along the south side of the Montgomery County line, borders District Three along the San Jacinto River, up to the Conroe city limit, and then runs west bordering the District Four and District Five lines in Magnolia, past FM 1488 and FM 2978.

In 2018, District Two deputies ran a total of 33,671 calls for service, completed 3,126 reports, conducted 7,605 traffic contacts, made 755 arrests and traveled over 471,441 miles in their patrol vehicles.  District Two adopts a “can do” attitude, working with the community, homeowners, and businesses to solve law enforcement problems within the county. The District Two staff is committed to using the resources available, not only to respond to calls for service, but to take a pro-active stance against criminal activity in South Montgomery County; preventing crimes before they occur, or taking action against law violators as crimes are being committed.

District Two has taken a zero tolerance approach to violent crime that has started to spread into Montgomery County from neighboring Harris County.  These crimes affect the quality of life for our citizens and District Two is committed to dedicating any resources necessary for the prevention, reduction, and prosecution of these crimes.

For up-to-date information from the Montgomery County Sheriff’s Office, visit their Facebook page and click here to view our feature on Increased Security for Residents and Businesses. 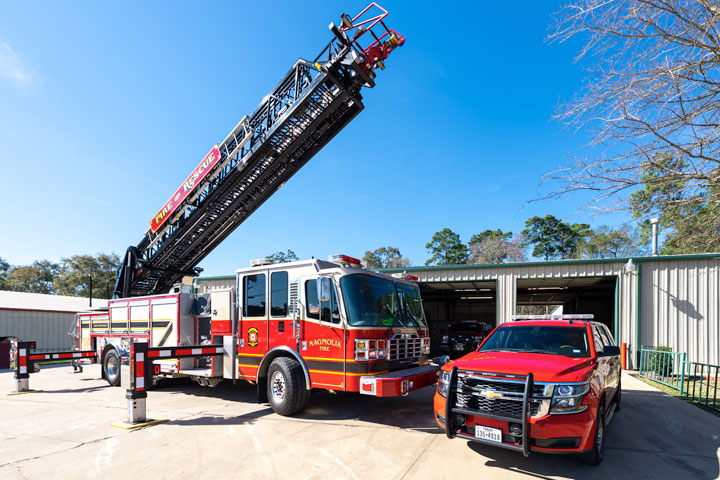 The District has funded the placement of additional fire hydrants within the area. Also, the District has purchased a ladder truck for use by the fire department. This has improved the local ISO fire ratings, resulting in a direct savings to property owners. Read more about the District’s investment in fire safety here. 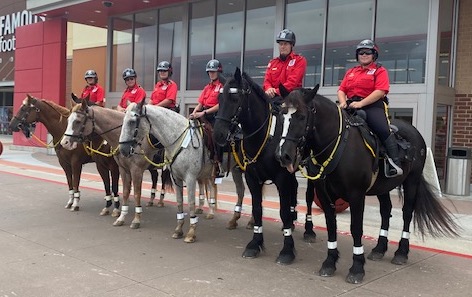